Unity Hours III Jyosna last album is filled with Longing. Her longing, which has been a theme throughout her long career, sends the songs soaring into the spiritual skies, and carry the listener along, every closer to the sublime spiritual experience, that we all, consciously or unconsciously, yearn for. This time we get several ambient tracks that effectively blends voices and instruments to uplift. To Poppy is a charming departure, takes a look at the quirks and the bliss of domestic life, in a song that would fit perfectly in a stage musical. The highlight is Lift Her Higher. The opening theme is striking, and sounds like it’s played on a melodica, reminiscent of Augustus Pablo. The guitars, voices and synths effectively blend into a perfect mystical flow that builds. Unity Hours III is another wonderful release from Jyoshna. Dada Daneshanada, Sunday May 17th, 2020

You could almost imagine a club in heaven would be playing this music as the
fulfilled and elevated took to the floor in ecstatic rejoicing.
By Graham Reid, posted Mar 31, 2014

‘Every time I hear your voice, it feels like the strings of my heart are being plucked..’
Sarah, London Underground, Dec 7th, 2006
This delicate vocalist has welded what might once have been folk melodies to
electronic textures.. songs that tell of spiritual yearning, hooked up to sweeping synthesisers..
Nick Bollinger NZ Listener, 2001

If you like well crafted pop music, but long for something a little more intelligent, then this could be it..
Express 2000

Album Reviews
Jyoshna has been on the music scene since the eighties. Firstly with the experimental womens group Turiiya and then as solo artist across the genres, dipping into world music, singer/songwriter styles, contemporary dance music and more recently film music. Here they are placed in chronological order
You could almost imagine a club in heaven would be playing this music as the fulfilled and elevated took to the floor in ecstatic rejoicing. By Graham Reid, posted Mar 31, 2014
The hypnotically spiritual voice of Jyoshna has been featured at Elsewhere previously because for many decades she has been exploring devotional songs of India and her albums have been reaching for the divine and the ecstatic. This album — the title means The Circle of Dharma — is both an expansion and deepening of her work as she sets a spiritual practice introduced to India by the Buddha to music with assistance from Richard Nunns (taonga puoro), various Western classical musicians (including soprano Elizabeth Mandeno) and of course traditional Indian instruments. Jyoshna’s is a rare voice in that it is effortlessly high and elevating, soars to the sublime and yet retains an expressive quality. The final piece is the exceptional, 25 minute Creation Cycle, which gives an indication of the breadth of her vision. Once heard she is not forgotten. GRAHAM REID, JANUARY 2015

MAGNIFICENCE
“Her distinctive, often thrilling vocals possess a transcendent quality that is ideally suited to the sprightly beats and uplifting nature of the lyrics . . . the sense of exoticism (and even sublime eroticism) prevails throughout . . .”
GRAHAM REID, NZ HERALD, MARCH 10, 2001
“This delicate vocalist has welded what might once have been folk melodies to electronics textures and a driving dance floor pulse . . . songs that tell of spiritual yearning, hooked up to swooping synthesizers and a body shuddering house beat . . . “
NICK BOLLINGER, THE LISTENER, FEB 10, 2001
“She is a Deep Obsession with depth . . . appealing to those who like some intelligence with their well-crafted popular music.”
CHRIS LONG, RIP IT UP, FEB, 2001 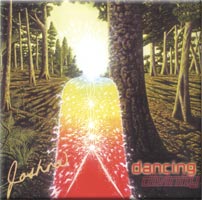 DANCING DIVINITY
“Originally conceived for performance at Sweetwaters and based on a discourse by Prabhat RainjanSarka. This collection of uplifting songs effortlessly bridges the gap between Bengali folk and techno-pop with soaring vocals of Jyoshna carrying gorgeous and often fragile melodies . . . it is inspirational, spiritual elevating and hypnotic.”
GRAHAM REID, NZ HERALD, APRIL 17, 2000 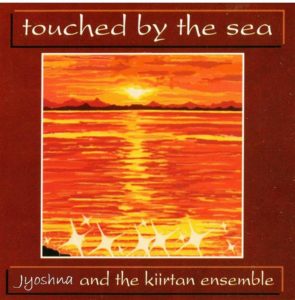 TOUCHED BY THE SEA
Western kirtan produced in Vermont, USA. A personal account of women ‘ in love with love’, addressing her Beloved in the most intimate terms.
“A colorful new musical tapestry with elements of East and West . . . an inspired work of art.”
COMMON FUTURE MAGAZINE, USA

REIGN OF LOVE
“A collection of 14 songs, each display a poetic and musical sensitivity of world class standard . . .”
STEVE COCHRANE, NZ MUSICIAN
“A work of many colours . . . she has the assets of a folk singer ( clarity of pure tone). Then she has carefully added rich, subtle and diverse instrumentation.”
GRAHAM REID, NZ HERALD 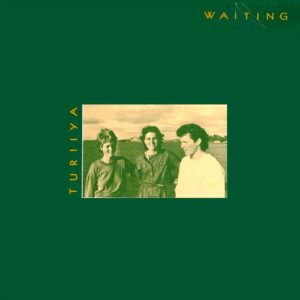 WAITING
“Here’s a very special LP that quickly crept into being one of my favorite new spins of 2010… My friend Callum mentioned this Kiwi folk-psych long-player in an e-mail exchange a few months ago as being a true delight, and so I immediately tracked down a copy to check it out. I was quickly sucked into their lush cosmos of nocturnal vocalizations, looming cello runs, and odd drawn out song structures. The record in a sense seems born out of some loose stage of new age phenomenon, hailing from the late date of 1986, and the band being annointed with a Hindu word meaning, “pure conciousness,” in turn much of the lyrical flavor comes through on this level: gorgeous female vocals intoning the depths of the forest, the Aboriginal “Dreaming,” vantages onto island travel and living a small life in the bounds of Anglo Oceania – calling to mind at times Campion’s wonderful film, Sweetie, as well a host of other celestial and earthly energy fields. Musically the group is indeed first and foremost a kind of loose aggregate of spirituality born to sound. Sonically I can’t help but flash on things like Comus or the Christ Tree… yet Turiiya are of their own place and time, and it would be reductive to just tag them with the much overused folk-psych tag and be done with it. They seem formed within some kind of a far flung indie rock scene, but simultaneously orbiting well beyond the identity politics and catch-phrase jingo-ism that usually inform those kinds of records. I know New Zealand had its share of shambolic forthright female outfits in this time period, yet Turiiya still seems to be beckoning from a mistier clime… In any case, being hard to pin is one of my favorite aspects in sound, so I’ll let my hypotheses rest here. The record is a mash of organic, strange, illuminated ideas and it really should just be enjoyed”

I first met JyosnaLaTrobe in January ’91 after the release of her cassette Reign of Love which I had reviewed for the Herald. I was aware of who she was – she’d been a founding member of the all-women acoustic trio Turiiya – but her album came as “a modest delight” as I called it in my four-star lead review. The musical arrangements embraced sitar and tabla, jazzy sax, pure pop, French Horn and much more. But it was her affecting voice which also won me. So I invited her in for an interview. Truth be told, I can’t really remember what we talked about, but do recall afterwards we went to the roof of the Herald building for a photo, and I’d never been up there before. Jyosna was born Joanne and the spelling of her adopted Sanskrit name (meaning moonlight) can vary. “Joshna” and “Jyotsna” have also appeared on album covers. She has kept in touch with me over the years by sending copies of her albums and I always delighted in playing tracks like the thrilling Rhum Jhum (off her Dancing Divinity album of ’99) on radio whenever I could. It was uplifting spiritual dance music. Jyosna is unique in the New Zealand musical landscape and her spiritually-inclined music was what also attracted me initially, and has kept me coming back. And, spurred on by receiving two recent CD by her, I went and found that yellowed clipping of our interview in a dusty scrapbook.

That album Reign of Love – recorded in Auckland with Sam Ford as engineer – caught her at a particular moment after the deaths of her mother and her meditation teacher. The title on the article was, appropriately, “The pain of love”. “I didn’t feel shy about expressing pain,” she said, and “I wanted to express myself and it’s true what people say, that a lot comes out during such times. You realise time and people are precious.” But as I noted in the article, for all those sad circumstances, the album was no introspective or maudlin piece of work. In fact the arangements, songs and Ford’s production made for “a sweetened yet subtle collection which — if nothing else — displayed[ed] LaTrobe’s gift for a mesmerising melody”. And after that I didn’t see here again, although she always sent me copies of her releases with lovely greetings written on the cover.

She remembered me, just as I couldn’t forget her.

In recent years Jyosna – living in Auckland, now DrLaTrobe after a receiving a PhD for her research into the Rarh music of India – has been working and teaching music and singing, been a guest lecturer with Richard Nunns on Maori music, she has toured, performed and done workshops in the USA and Britain, and also released two albums, Unity Hours I and Unity Hours II in 2006 and ’10 respectively (under the name Jyoshna). Both are inspired by devotional love songs of praise originating in the Rarh region in eastern India, so the beloved or lover being addressed is as much a spiritual entity (this is common in Sufism also) and a temporal one. avatars

As on previous albums she surrounds her high, sometimes yearning and often sublimely melodic vocals (which have a natural but gentle vibrato, sometimes appealingly with childlike innocence) with a large ensemble of backing singers, guitars, Indian instruments (sarangi, shanai, tabla) keyboards and Indian violin. This combination makes for an exoticism which is rare in a New Zealand artist, but many of these songs notably on the first volume – as with that earlier radio favourite of mine Rhum Jhum – are driven by dance beats. You could almost imagine a club in heaven would be playing this music as the fulfilled and elevated took to the floor in ecstatic rejoicing. By Graham Reid, posted Mar 31, 2014